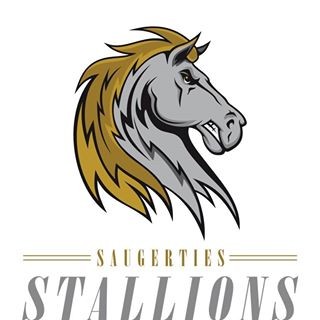 Saugerties, NY, October 8, 2015– At a press conference at the Cantine Memorial Complex a ribbon cutting ceremony officially announced Kevin Hinchey’s new purchase of the Saugerties Stallions baseball franchise.  Kevin is a successful businessman and a life-long resident of Saugerties.  The Stallions, in their second year of existence, are a collegiate baseball team associated with the Perfect Game Collegiate Baseball League (PGCBL.)

“I can’t believe the enthusiasm this press conference has produced throughout the Saugerties community.”  New owner, Kevin Hinchey stated.  “I am excited to produce the kind of baseball atmosphere that Saugerties expects.  I have surrounded myself with quality people to make this happen.”

Hinchey continued, “This is a non-for-profit organization and all proceeds go back to the Cantine Memorial Sports Complex and to the community.  The franchises’ main goal is to put a high level of talent on the field, entertain the crowd at all of our home games, and utilize the 113 new stadium seats that are being assembled behind home plate.”  He continued “Community involvement is the key to the success of this franchise and I’d

If you would like more information about this topic, please contact Kevin Hinchey at 845-246-3231 or email at thesaugertiestallions@gmail.com.  Images for publication are attached to this email.