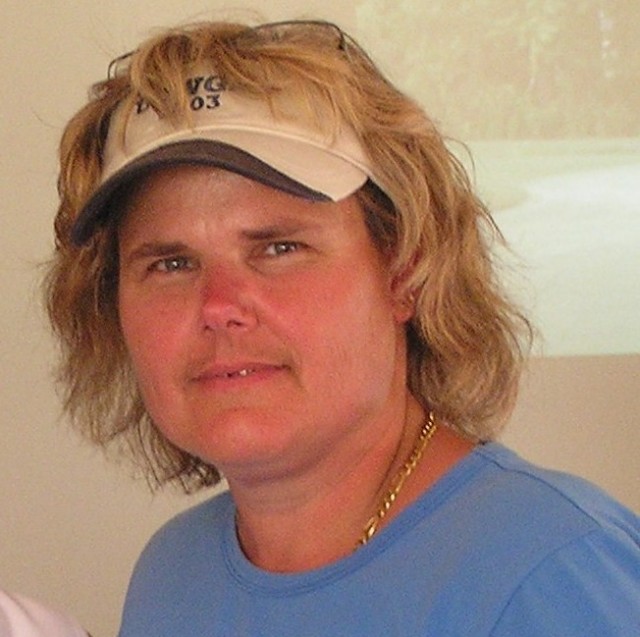 When you look at the members of the Saugerties Sports Hall of Fame, it is not uncommon to find individuals who excelled in multiple sports or activities.  Prior to the 1970’s, opportunities in athletic sports were mainly limited to men.  That changed in 1972, with the passing of the “Title IX” amendment that paved the way for female athletes to get those same opportunities.  Diane Myers represents such a person, who typifies making the most of such an opportunity, as we welcome her into the 2016 Hall of Fame class.

Born July 3, 1959 at Benedictine Hospital in Kingston, Diane is the 6th of 7 children born to Anley and Florence Myers, of Saugerties.  With brother’s Chris, Tom, Doug, and Grant, and sister’s Denise and Florence, recreational sports was definitely a family pastime.  “Growing up in a large family and having four older brothers we were always playing some kind of sports.  In my youth I lived on Finger Street in the Village of Saugerties. Having a large family we were always playing in the neighborhood. I remember my brothers and older sister helping my father dig a hole for our in ground pool in the back yard. From that day on we always had a pool and all the neighborhood kids would come over to the house and we would have pool parties. I remember playing a game where we would see how many pennies we could pick up from the bottom of the pool. We always had fun. My brothers and sisters were my best play mates.”
Throughout elementary school, Diane was often fond of school recreational programs and activities.  “I went to kindergarten at Main Street in Saugerties (now called Cahill). I went to Riccardi Elementary in Glasco after moving to Garden Circle off of 9W, when I was 6. I remember when they would have Field Day, the whole school would go outside and play games.”   Besides outside recreation, Diane also fed her competitive nature with games and other activities.   “When I was in fifth grade I learned to play chess. I still play to this day.”
Coming out of the 1960’s the organized sports scene was still a male-dominated program.  That changed beginning in the mid-1970’s, with the creation of the girls-oriented organized programs, such as the Saugerties Little League girls softball league in 1974, and a female basketball program run in the Donlon Auditorium, complementing the existing boys CYO and Biddy basketball leagues.   “I remember playing my first years of organized sports when I was 11, with softball for Pat Thompson, we were called  ‘The Greenbacks’ in 1973 in the SAA Lassie Softball League.  I then met Kenny Swart when I was in 6th grade. This is when I started to play for the Maximus Super Softball Team.”
Maximus Super was an early powerhouse of the SAA women’s softball league, another genesis of the 1970’s Title IX movement.  Her teammates include fellow sports Hall of Famer Shelly Pfeil, as the Saugerties women’s programs took hold and were here to stay.  The same occurred at the interscholastic levels, as the Saugerties High girls sports teams blossomed at the same time.  The SHS girl’s volleyball team began in 1972, growing quickly to become league champions by 1974, Diane’s freshman year.  The girl’s softball team started in 1975, and girls track in 1976.