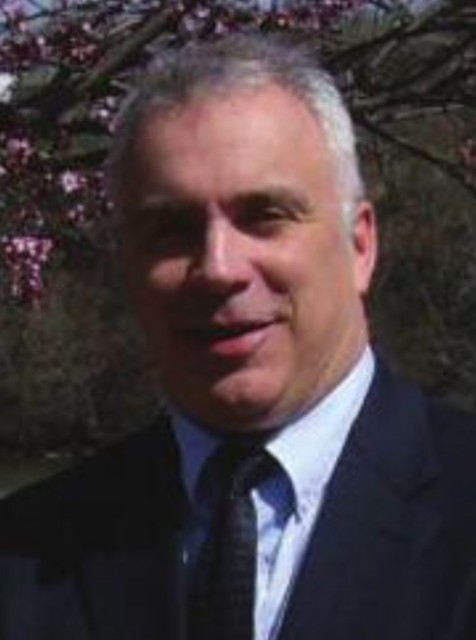 Pay it forward – an interesting concept.  Many people believe the desire to give back comes from within.  While this may be true, a more in-depth analysis makes us realize that it has to have an actual beginning.  Some begin to give back as a result of a life event, some when they have children, some later in life when they have more free time, some when they have people who influence them by showing them the way.  For Bill “Murph” Murphy, paying it forward evolved as a result of a childhood spent in the sports mecca of Saugerties, influenced by family, friends, coaches, and teachers.  From a very early age Bill was coached and mentored by his family, especially his dad, Bud, and his brother, Tim, both Hall of Famers.  Bud gave instructions, but could not show Bill the skills because he twice nearly died before Bill’s 11th birthday.  It was Tim who actually showed Murph the skills, playing catch and shooting baskets at neighbor, Fritz Beckert’s, hoop.  Bud and Tim were the two biggest reasons why Bill pursued sports as an outlet, and inspired him to play hard and always try his best.

Bud and Dolly Murphy lived on Elm Street in the Village of Saugerties and were the proud parents of six children – Tim, Tom, Peg, Pat, Jim and Bill.  Murph started playing baseball and basketball with his best friend, Steve Freer, who lived up the street.  They sometimes came to blows, but always remained friends.  Along with Mike Melville, the three boys formed a bond that remains tight to this day.  Mike now coaches Murphy’s daughter, Jaclyn, on the Sawyer Varsity basketball team.  Murphy’s organized sports career followed a path carved out by most athletes in town.  He played Little League Baseball from 1975-1978, and remembers vividly hitting his first Dodgers homerun, “I hit it out and my dad jumped the fence and met me at home plate. One of my best childhood memories.”

Jack Naccarato, also a Hall of Famer and good friend of the family, was Murphy’s first basketball coach in 1975 in the Biddy League.  For six years he played Biddy and Junior ball, and was several time an All-Star.  Murph also played receiver in Pop Warner Football for two seasons on the Geminis.  From 1979-1981, he played second base for Coach Gil Ricks on the VFW.  Half-Court basketball and Premier League basketball kept Murph’s winters busy from 1979-1985, and one of his Half-Court teams was an All-Murphy team, with all four brothers playing together.

At SHS, Murph never played modified or J.V. ball.  He got cut from the basketball teams for four straight years, and finally, his junior year, he was rewarded by Coach Mike Goodman with a spot on the Varsity team and played for two seasons as a backup to his buddy, Steve Freer, who went on to become the all-time leading boys scorer in SHS history.  Goodman’s trust and belief in him  really inspired Murph, and to this day he is thankful for all that Coach Goodman did for him.  Fellow 2016 inductee Mike Hasenbalg also helped Murph persevere, always giving him words of encouragement and telling him not to give up.  Coming from a great friend and player like Has, it meant a lot.

Murph ran the 400, the mile relay, and did the high jump on the varsity track team as a junior and senior.  He played varsity golf for three years on a team coached by Bob Varrell, which won the MHAL title each year.  He went on to college at UCCC, earning his AS Degree, then finished at the College of St. Rose.

As for his adult athletic career, Murph played mostly softball and volleyball.  He began playing SAA softball in 1989 and his career is still going today.  He won back to back B-Division homerun titles in 1990-1991 and has won pitching awards over the years, as well.  In volleyball, Murph played on dominant teams from 1990-2008, winning seven championships.  He came out of retirement last season to play again.  Murph also spent many years as a coach; six years with AYSO, three years with Little League Softball, and 26 years in Biddy Basketball before finally stepping down in 2014.  He was involved with CYO basketball, and has been coaching AAU basketball since 2011.  He assists in running the girls’ AAU program which has four travel teams, with Keith VanRoy, Mike Melville, Jeff Dudzic, and Greg Vail.

Murph married Dana Raucci on November 27, 1998 at St. Mary of the Snow in Saugerties.  They have been blessed with two beautiful daughters, Jaclyn and Jillian.  He says, “They are my everything.  Dana and the girls are always there for me.”

Murph became the Director of the SAA Biddy League in 1990, and for the past 26 years has been the driving force behind the growth and expansion of the league and youth basketball here in Saugerties.  In 1991, he joined the SAA Board and is still a member today.  He then took over the 13-15 year old Junior League in 2005 and still runs that as well.  When asked how he can do all of these things with a wife, two daughters, a full-time job at IBM, and his duties as Village Mayor, Murph never hesitated before answering, “My wife Dana has been right there with me every step of the way in this.  She takes the calls, does a lot behind the scenes, and basically is my partner in crime.  It’s a balancing act, and there’s no way I could do it without her.”  As for the future, and how long he sees himself being involved in all these activities, he says, “I’ll do it as long as the help is there and until the right person or people come along to take it over. I have a great group of people who help me with the leagues, and they always step up for me when I need them.  The coaches, referees, sponsors, and all the volunteers have all helped so much to make these leagues great.  I owe a lot to these people for all they do, and I could start naming names, but I won’t because I’d miss somebody.  All I can say is they know who they are and they’re greatly appreciated by both Dana and I.  This community has given me a lot and I just want to pay it forward with my time and effort.  It’s all about the kids, that’s why we do this year after year.  I hope that generations coming up will continue these traditions and give the kids the same opportunities we had growing up.  Sports is a mirror of life and kids are no doubt better off when they play them.”

Being inducted into the Saugerties Sports Hall of Fame is starting to sink in for Murph.  “The cool part is being able to extend the family tradition.  My dad, brother Tim, cousin John Carnright, and cousin-in-law Tommy Hallion are all members, so it’s awesome to join them.  Growing up I watched players like John Speirs, Larry Panella, Rich Koegel, Tom Whitaker, Iggy Maines, Lenny Hackett, Mark Becker, and Jerry and Nick Malgieri play, and feel in a way unworthy of inclusion with such a strong group.  But what is really cool, is that over the years I got to be friends with all of them and many other Hall of Famers, and now I’m joining this club.  It’s unbelievable.  Even though I wasn’t the best athlete, I always played hard and have developed lifelong friendships through sports.”

Bill Murphy is a special guy, a father, husband, hard worker, loyal friend, and volunteer.  His organizational skills and tenacity are the benchmarks of the success of youth basketball in Saugerties.  He believes in the kids and they are lucky to have him working to enhance their lives.  You may hear the words “Sports Hall of Fame” and think it is a place for the top athletes in the history of this town, but you would only be partially correct.  Our Hall of Fame takes a more wide view.  We feel that, yes, we have among our ranks the greatest players to ever play in Saugerties, but there is more to it than that.  We also believe in the kids, as evidenced by our two $1,000 scholarships we give out each year.  More and more people who have contributed to sports in our community in a myriad of other capacities are beginning to be recognized and rewarded for dedicating their lives to Saugerties through sports.  There is no greater good than helping kids develop into responsible, respectable, caring adults.  Bill Murphy has always put others before himself.  All you need to do is look at the things he has accomplished, the kids he has helped, the friends he has made, and the esteem with which he is held in Saugerties.  His good deeds go far beyond the sports community, as his position as Mayor will attest.  His vision for the Donlon Auditorium has turned a crumbling relic of a gym into a vibrant, glowing treasure that everyone who goes there is talking about.  How did this get done?  Bill Murphy saw a need and attacked it with vigor, as he does everything else in his life.  To raise thousands of dollars to revitalize the Donlon was not easy, but it got done because of his never-say-die attitude.  The new floor, the logos of the sponsors, the new scoreboards, new windows and paint job…all a result of his hard work.  Saugerties is fortunate to have a man who is all about his town and its youth, and has made it his life’s work to make their experiences in sports positive in so many ways.  The Saugerties Sports Hall of Fame, for its part, recognizes the vital contributions made by a native son for the good of everyone who lives here, and it is with great pride that on April 16, 2016, the name Bill Murphy will be added to the roster of Inductees, and he will join his many family members and friends as a Hall of Famer.  Murph, congratulations, for you are truly deserving of this honor and we are proud to have you in the club.